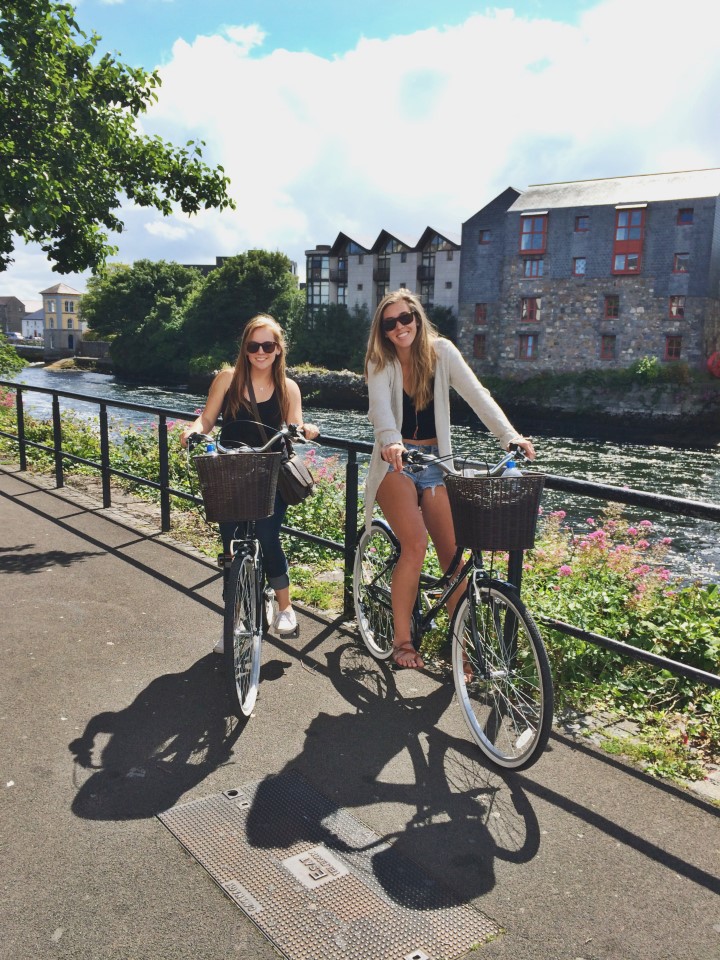 Galway is celebrated throughout the world in song and story and takes center stage on Ireland’s western seaboard. The city was founded in the thirteenth century by the Anglo-Norman de Burgos on the eastern bank of the River Corrib. It became a walled and fortified city-state ruled by fourteen powerful merchant families, later known as the Tribes of Galway. Today it is the third-largest city in Ireland and a vibrant, bustling center of the arts and commerce, though it still retains a relaxed and intimate atmosphere. The city, with its medieval streets, waterways, range of shopping facilities, a wealth of music, and other cultural events, is a place to be treasured. The center of the city is closed to traffic and compact enough for you to wander around comfortably.

The USAC program is located on the National University of Ireland, Galway campus. The university was founded in 1845 as Queen’s College Galway and today there are over 13,000 students attending classes on the 260-acre campus, which is situated along the banks of the River Corrib. The original university buildings and old stone quadrangle are flanked by new buildings, reflecting the steady growth of the university. The university is among the world's highest-ranked universities, according to the Times Higher Education (THE) World University Rankings 2012.

Additional immersion opportunities include getting involved with the Galway Arts Festival by working with visiting theatre companies or taking a role in the Macnas street spectacle that is a traditional highlight of the Festival for Galway locals. You can get your feet tapping and your body moving in the sean nós (“old-style”) dance workshop organized by the music class. Practice your Gaelic skills at the Gaelic-language club in the city center. Explore the art of film-making with Film Fleadh screenings and director and actor Q&A sessions.