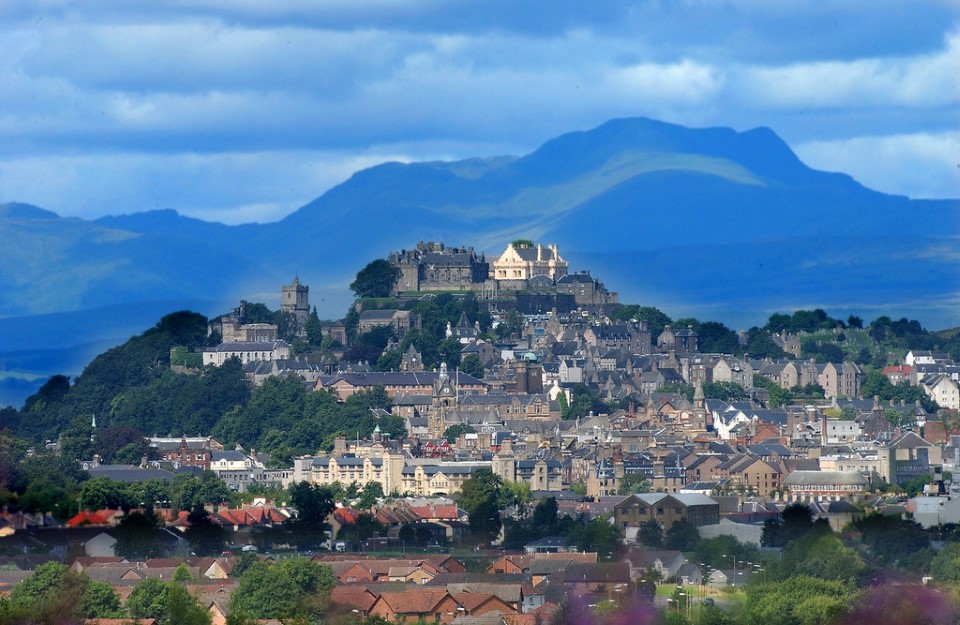 Stirling, an ancient fortress city that guarded the major crossing of the River Forth, is located in the center of Scotland, between Glasgow and Edinburgh. It has a long and colorful history, and many sixteenth- and seventeenth-century buildings have been preserved and still are used as homes, tourist sites, and restaurants. Stirling is dramatically positioned at the point where lowland and highland Scotland meet. This unique location offers easy access to the Highlands, which boast some of the most breathtaking scenery in Europe, and a wealth of opportunities for outdoor enthusiasts. The former royal residence of Stirling Castle is fast becoming an established concert venue. In the city center, there is an extensive modern shopping area, theatres, restaurants, rail and bus terminals, and the city is buzzing with student life. As part of her Golden Jubilee festivities in 2002, Queen Elizabeth granted “city status” to Stirling as a mark of special distinction, an honor only bestowed 17 times during the twentieth century.

The University of Stirling

The University of Stirling, built mostly in the 1960s and 1970s, is set on a wooded and landscaped site, which includes a small loch (lake) and Airthrey Castle, an eighteenth-century baronial residence. The university is highly ranked among the world's universities according to the Times Higher Education (THE) World University Rankings 2012. The University of Stirling was also recently ranked number one in an international student satisfaction survey. The university has some of the finest sports facilities in the country, including a 50-meter swimming pool (home of the National Swimming Academy), newly remodeled fitness center, National Indoor Tennis Center, athletic track and a nine-hole golf course. The Sports Union offers just about every sports club imaginable, all of which are available to USAC students. The university's main social building, the Robbins Center, also includes central Scotland's main arts venue: the Macrobert Arts Center. This newly modernized theatre hosts virtually every type of artistic event: from theatre to symphony orchestras to student film festivals.