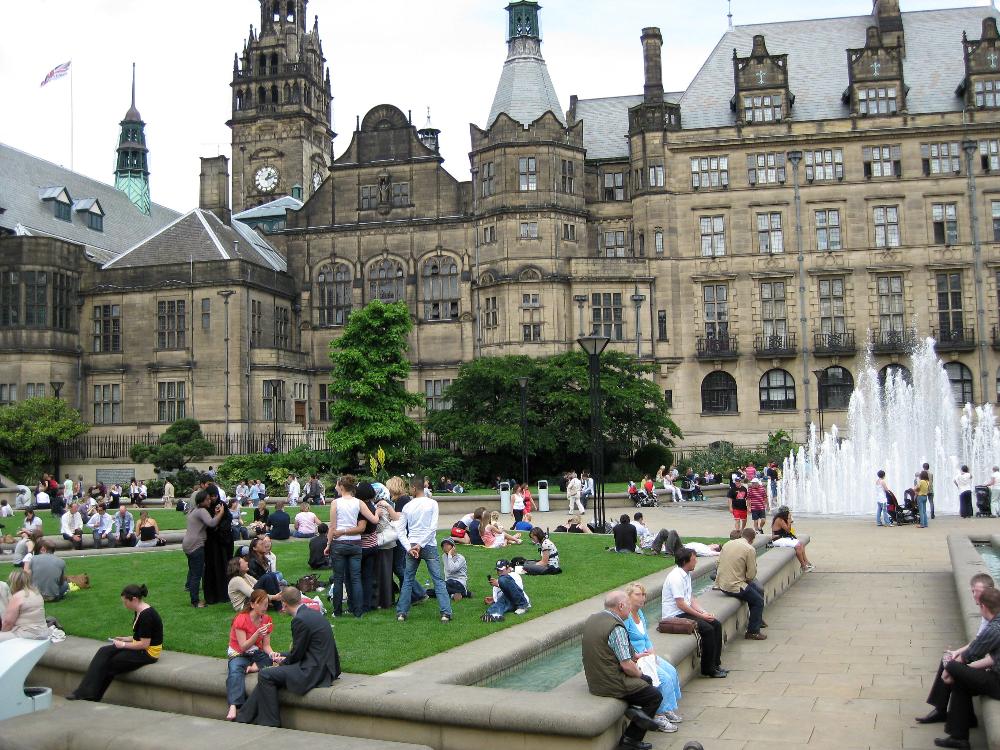 Located in north-central England, Sheffield is England’s fourth-largest city with a population of about 551,000. Sheffield is a city with character, blending elegant Victorian architecture with modern activities. The area is bursting with venues for experiencing culture and entertainment, including theatres, museums, galleries, pubs & clubs, music, and world-class sports facilities. Most attractions are within walking distance of each other, making it a great destination for visiting students.

Sheffield is home to more than 250 parks, woodlands, and gardens for visitors to enjoy. One of the most spectacular areas of natural beauty in the UK is just minutes away by bus or train; The Peak District National Park covers 555 square miles of unspoiled countryside. It is a great place to hike, rock climb, or just enjoy the scenery.

The city has a tradition of producing great music and it is alive with sounds of already popular musical groups and up and coming new bands. The Showroom is the second-largest independent cinema in the UK and is a center for Sheffield’s serious film fans. Major film festivals are held there every year.

The University of Sheffield was founded in 1905 and is considered one of the best universities in the UK. Sheffield is located in northern England, in South Yorkshire, and is close to Manchester, Leeds, Nottingham, and the Peak District.