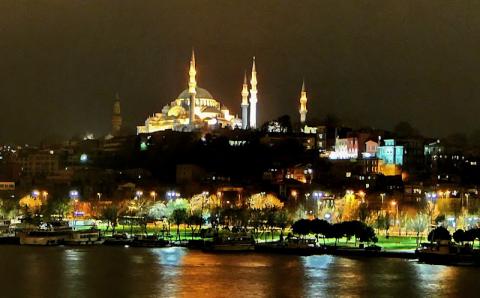 Bordering seven different nations (Greece, Bulgaria, Georgia, Armenia, Iran, Iraq, and Syria), Turkey is a fascinating country with many influences. Turkey is a country of diverse cultures, beliefs, ideas, nature, and history and is often considered a nation at the crossroads, not only in a geographic sense but also politically and economically. This eighty-year-old democratic republic has a vibrant business sector and is an active participant in international trade and investment. Turkish culture represents an interesting mix of the east and west with a strong heritage of modernization over the past several decades. Students will be exposed to a highly rigorous and competitive higher education system that has risen to meet the challenges of this modern democracy. Istanbul is located on the Bosphorus Strait, straddling Europe and Asia. It is the only metropolis in the world situated on two continents and, with 11.4 million inhabitants, it is also the most populous city in Europe.

Bogazici University is one of the most competitive state universities in Turkey. Founded in 1863 as Robert College (the first American College to be established outside the boundaries of the United States), Bogazici University maintains English as the language of instruction. The university has four faculties: Engineering; Arts and Sciences; Economics and Administrative Sciences; and Education. Currently, there are over 900 faculty and close to 11,000 students. The spectacular campus is located on a hill overlooking the Golden Horn and the Bosphorus Strait.  You will be considered a "free mover" student when you study abroad at Bogazici University.

Boğaziçi University is an elite research university, with outstanding undergraduate and graduate programs in the natural and social sciences, humanities, engineering, education, and applied disciplines. The flexibility of its academic programs, the wide range of courses offered, and the emphasis on interdisciplinary curricula are significant advantages that characterize and distinguish the institution.

Boğaziçi is endorsed by the European Universities Association (EUA) and all departments of the Faculty of Engineering have been accredited by the Accreditation Board of Engineering Technology (ABET) since 1998.

The language of instruction at Boğaziçi is English. However, you can learn many languages while you are here as the languages taught at Boğaziçi University include Turkish, German, French, Spanish, Italian, Chinese, Japanese, Russian, Arabic, Latin, Persian, Ancient Greek, Modern Greek, Armenian, and Korean.

Boğaziçi University takes pride in its lively and colorful campus life. To complement and enrich the academic experience with an active campus life, the university supports student clubs, arts, and sports activities, and provides a variety of services from health care to counseling for students and staff. Campus life aims to cultivate a liberal, democratic and joyful Boğaziçi community.